Administration Banaripara Thana was formed in 1913 and it was turned into an upazila in 1983. 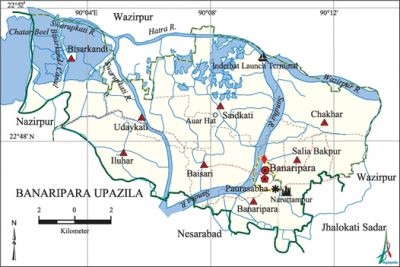 History of the War of Liberation During the war of liberation the Pak army conducted torture, mass killing and plundering; they also set many houses on fire. The Pak army killed 212 persons at village Gava.

Special feature Cultivation of vegetables on the floating basement made of water hyacinth.