Administration Barguna Thana was formed in 1904 and it was turned into an upazila in 1984. ' 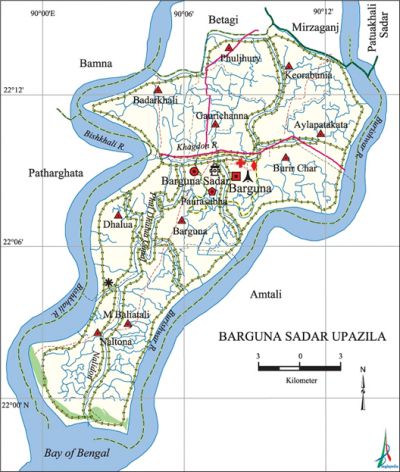 History of the War of Liberation On 29 and 30 November 1971 the Pak army killed more than one hundred prisoners of the Barguna Jail and buried them in a mass grave on the west side of the Jail compound. During the war of liberation the Pak army killed many people of the Barguna town area; they also killed a number of freedom fighters while on retreat. Barguna was liberated on 3 December.

Marks of War of Liberation Mass grave 1 (near the district Jail).