Bayejid Bostami Thana (Chittagong metropolitan) with an area of 17.58 sq km is located in between 22°22' and 22°28' north latitudes and in between 91°46' and 91°51' east longitudes. It is bounded by hathazari upazila on the north, Hathazari upazila and chandgaon thana on the east, khulshi and panchlaish thanas on the south and sitakunda Upazila on the west. 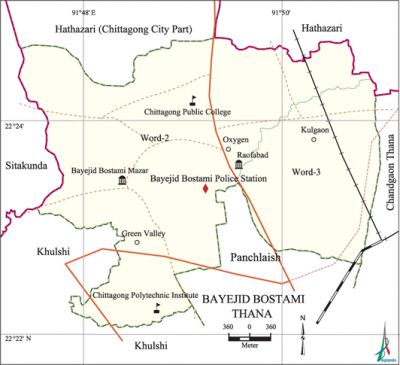 Historical events On 22 April 1930, eleven revolutionaries were killed in an encounter with the British army at Jalalabad Hill.