Water bodies Main rivers: bishkhali, Gajalia; Katakhali and Karuna canals are notable. Administration Betagi Thana was formed in 1920 and it was turned into an upazila in 1983. 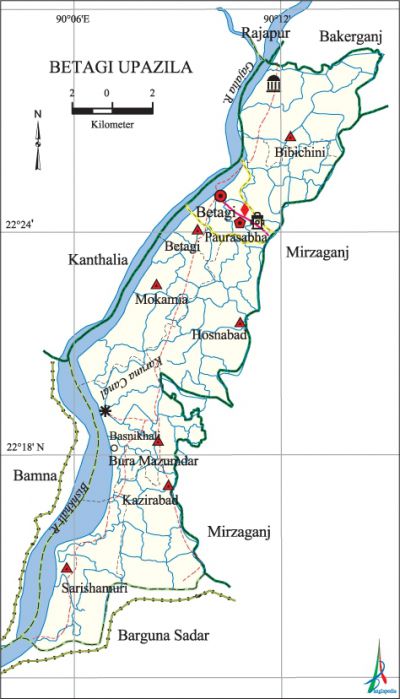 History of the War of Liberation During the war of liberation heavy damages to properties were caused when the Pak army set the eastern extremity of Betagi Bazar on fire. A number of Pak soldiers and rajakars were killed in a frontal encounter between the freedom fighters and the Pak army at Badnikhali Bazar of Bura Mazumdar union. In this encounter the motor launch MV Munir carrying the Pak army was seriously damaged.