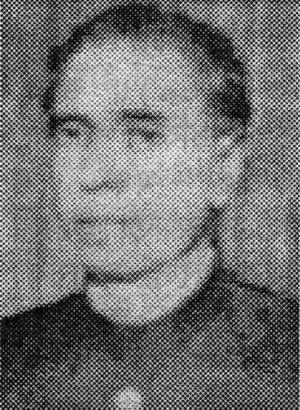 Zahur Ahmad began his political career as a member of the muslim league in 1940. In the process of the founding of the Awami Muslim League in 1949, he attended the first meeting held in Armanitola, Dhaka as a representative from Chittagong. Zahur Ahmad was also involved in labour politics. He led the workers of Amin Jute Mills Sramik Union, Burma Oil Mill Sramik Union and of the City Transport Driver Association. He was the assistant secretary of Pakistan Trade Union Federation. He played a leading role in the Language Movement. As a part of the observance of Shaheed Day by the All Party Language Movement Committee of Action he in a meeting held at Laldighi Maidan on 5 March 1952 made a declaration for giving resistance to governmental policy and repression.

Zahur Ahmad was elected a member of the Legislative Assembly as a candidate from united front, from Chittagong centre in 1954. He took active part in the Anti-Ayub movement after the proclamation of Martial Law in 1958. He gave political support to the movement against education policy of the government in 1962. He actively participation in the Six-point movement and had to suffer imprisonment. In the political upsurge of 1969 he organized the movement in Chittagong. He participated in the Round Table Conference with Bangabandhu sheikh mujibur rahman held in Rawalpindi on 20 March 1969. Zahur Ahmad Chowdhury was elected a member of the Provincial Assembly in 1970 from Kotwali constituency of Chittagong as a nominee of the Awami League.

Zahur Ahmad played crucial role as one of the members of the Sangram Committee in Chittagong during the Non-cooperation Movement of March 1971. After the fall of Chittagong at the hands of the Pakistan army, he left for Agartala in India along with other leaders of Chittagong Awami League. Zahur Ahmad Chowdhury was elected as chairman of the Regional Council South-East Region-2 formed by mujibnagar government.

Zahur Ahmad Chowdhury was the minister of Labour and Social Welfare in the first cabinet of independent Bangladesh. He as the Labour Minister led the Bangladesh delegation to the Convention of International Labour Organisation (ILO) held in Geneva. He was elected a member of the Jatiya Sangsad from Kotwali Panchlaish constituency as a nominee of the Awami League in 1973, and was appointed as the Health Minister. Zahur Ahmad Chowdhury had been the secretary of Labour Affairs in the central commitee of the Awami League until his death on 1 July 1974 in Dhaka. [Mohammad Mostafa Kamal]