Deopara Prashasti an important epigraphic source for the reconstruction of the history of ancient Bengal. This inscription contains some eulogistic verses which throw important light on the history of sena dynasty, especially vijayasena. Famous Sanskrit poet of Sena period Umapatidhara, a minister of laksmanasena, composed it. 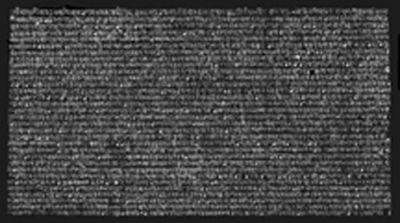 Deopara Prasasti Lipi: the precursor of the modern Bengali alphabet

This praxasti (Eulogy) incised on a stone slab, was discovered by CT Metcalfe in 1865, near the village of Deopara under Godagari upazila of Rajshahi district, at a distance of eight miles to the west of Rajshahi town. The locality round about the find-spot of the inscription was explored by a party organised by Kumar saratkumar ray of Dighapatiya in 1910, as a result of which an extensive tract of land covered by old tanks, stone relics, and remains of ancient buildings (eg the magnificent temple of Pradyumneshvara) were discovered. The present inscription stood on the bank of a large tank now known as 'Padumshar'. Scholars identify Vijayapura, mentioned as the capital of Sena kings in Dhoyi's Pavanaduta with the village of Vijayanagar, situated to the south of Deopara.

The inscription was first published by Metcalfe in the Journal of the Asiatic Society of Bengal, Vol XXXIV, part 1, and afterwards edited by Prof. Kielhorn in Epigraphia Indica, Vol 1.

This inscription consists of 32 lines of uniform length. The stone on which it is engraved measures 0.97m/0.6m while the inscribed surface measures 0.82m/0.45m. The size of the letters is about 3/8'. The engraver has done an excellent work and with great care.

The inscription refers to the reign of king Vijayasena and traces the genealogy of the Sena rulers of Bengal. In verses 5-9, the Senas are described as Brahmaksatriya of external origin belonging to Karnata in South India. Vijayasena was portrayed as a 'great king' of ancient times in verses 14-22. According to these verses, he imprisoned Nanya, Vira, Raghava, Vardhana, and defeated the kings of gauda, Kamarupa, and Kalinga. He also led a naval expedition along the course of the Ganges in order to conquer the kings of the west (pashchatya-chakra).

Vijayasena built a temple of Pradyumneshvara of great height and grandeur and excavated in the vicinity of it a tank (verses 22-29). The inscription then proceeds to give a description of the image set up within the temple (verses 30-31) and finally introduces the composer of the prashasti, poet Umapatidhara, and the engraver.

The whole inscription is in thirty-six verses which are composed in a variety of metres viz Vasantatilaka, xardulavikridita, Sragdhra, Prithvi, Mandakranta, Malini, xikharini, Indravajra, and Upajati. The alphabets of the inscription were very much similar to the early Bengali alphabets. RD Banerji, who has dwelt upon the alphabet of the present document at length, argued that in about twenty-two letters the development of the Bengali forms is more or less complete. For that reason, this inscription may be called the precursor of the modern Bengali alphabets.

It is true that Deopara prashasti contains exaggerated statement of Sena kings especially of Vijayasena. But the tone of eulogy definitely indicates that under Vijayasena Bengal attained some important place in the regional history. [Aksadul Alam]