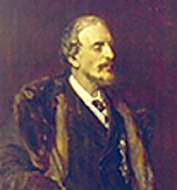 As the successor to lord ripon, Dufferin had one psycho-political predicament to overcome. Ripon had enjoyed unexampled goodwill and respect from the Indians and to the anglo-indians he was equally unpopular. To them he was a renegade. Dufferin’s straits was that he, to rule with any measure of success, must be able to enlist support of both the natives as well as of the Anglo-Indians. But at the time both the communities were at loggerheads on the reform initiatives of his predecessor, Lord Ripon.

He must win back the support of his community on the one hand and mitigate the bitter feelings created by the racial arrogance of the white on the other. In that he was incredibly successful. By his typical diplomatic skill Dufferin could allay the excitement and race feeling which had arisen from the Ilbert Bill. A diplomatist rather than an administrator his regime has aptly been described 'as an imperial embassy rather than an orthodox government'.

Lord Dufferin's one major preoccupation was with external affairs. He successfully dealt with the Panjdeh incident of 1885 in Afghanistan. He annexed Upper Burma in 1886. He gave a very cautious and calculating countenance to the newly formed indian national congress and other nationalist forces. He held out to the nationalists the prospects of constitutional reforms and Indianising the administration provided a cooperative relation could be established on the basis of mutual trust. He could greatly please the nationalists by raising a para - military force called Imperial Service Corps officered by Indians and only inspected by British commanders. This Imperial Service Corps formed in a sense the cradle of the modern Indian army. By enacting the bengal tenancy act (1885) Dufferin implemented, though with large amendments, the report of the Rent Commission which Ripon established in 1882 with the object of improving landlord-tenant relations by restoring rights of raiyats in land. The report then remained unimplemented due to objections raised by the civilians.

Dufferin had a scholarly bend of mind. He caused an elaborate 'Report on the Conditions of the Lower Classes of Population in Bengal (1888) (commonly known as Dufferin Report) with the object of understanding the economic conditions of peasants and workers. The report became a unique document for the nationalists to counter the Anglo-Indian thesis that the conditions of the general people improved under the British rule. The finding of the report strengthened the Congress theory that country would never prosper without participation of the natives in the governance of the country. Dufferin himself got convinced of the argument. He supported the Congress demand for establishing provincial and central councils with elected members and suggested some measures to meet Indian nationalist demands to the Home Government. The Indian Councils Act of 1892,which inaugurated the electoral politics in the country, was the outcome of his recommendations.

Lord Dufferin got considerable recognition as a scholar. On his retirement from public life he became the President of the British Geographical Society, Rector of Edinburgh and St. Andrew's. In recognition of his personal enlightenment Dufferin received many honorific titles, which include DCL, LLD, FRS and Doctor of Oriental Learning (Punjab University). His intellectual works include Letters from High Latitudes, Irish Questions, and Speeches in India. Lord Dufferin died on 12 February 1902. [Sirajul Islam]