Haque, Wahidul (1933-2007) Cultural activist and journalist. His full name was Abul Fatah Mohammad Wahidul Haque. He was born in the village of Vawal Manoharia in keraniganj upazila under Dhaka district on 16 March 1933. His father was Mazharul Huq and mother Meowa Begum. His father Mazharul Huq was elected a member of the Bengal Legislative Assembly by defeating Nawab Habibullah. 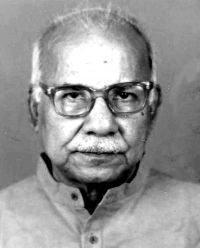 Wahidul Haque’s professional career began as a journalist of The Daily Morning News. Later on, he worked for the People, the Weekly Web, the Daily New Nation and the Daily Star. He wrote for the Daily Janakantha and the Dainik Bhorer Kagoj. His regular column was ‘Abhoi Baze Hridoi Majhe’ which was very popular. He was also a part-time teacher in the Department of Architecture at the Bangladesh University of Engineering and Technology for some time.

In 1961, on the occasion of the birth centenary of Rabindranath, Haque mobilized public support against the Ayub regime and formed chhayanaut with like-minded people.

In order to spread the cultivation of Rabindra music countrywide, in 1980 he established Rabindra Sangeet Sammelan Parisad. He established a recitation organisation 'kanthashilan' to promote standard pronunciation. He was directly or indirectly involved with some other organisations such as, Abritti Samannoy Parisad, Nalonda (school), Shishutirtha and Anandadhwani. Music was the subject of his imagination.

Wahidul Haque was a music organizer. He had only one music album of Rabindra songs ' 'Sakol Kanta Dhonya Kore'. He also wrote three articles on music ' 'Ganer Bhitor Diye', 'Chetona Dharay Eso' and 'Sanskriti Jagoraner Prothom Surya'. He was also one of the organizers of the film movement in Bangladesh.

Wahidul Haque was involved in the communist movement from his school life. In 1971, he played an important role in the liberation war by forming the Swadhin Bangla Shilpi Sangstha. In 1973, he took part in the MP election from Keraniganj as a candidate of NAP or National Awami Party. However, the cultural arena was his main sphere of activities. He was one of the two persons who received awards in 2000-2001 as talented personalities of Bangladesh and West Bengal. He died on 27 January 2007. He donated his dead body for the use of medical students. [Mamunur Rashid]