Administration Haripur Thana was formed in 1914 and it was turned into an upazila in 1983. 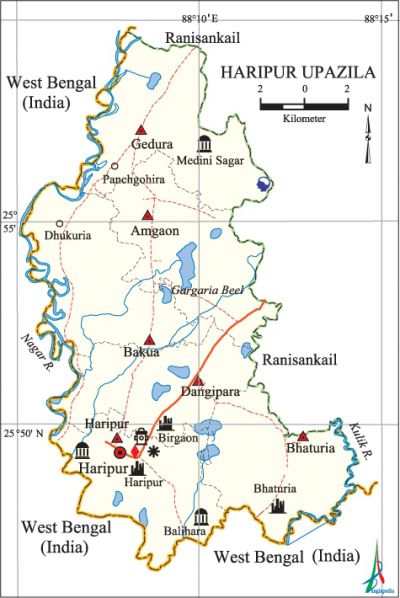 History of the War of Liberation Haripur was under secror 7 during the war of liberation. During this time encounters between the freedom fighters and the Pak army were held at Kamar Pukur, Bhaturia, Dangipara and Gedura of the upazila. In these encounters 20 freedom fighters including Md. Ismail and Dr. Aziz were killed and 23 were wounded. Haripur upazila was liberated on 1 December.