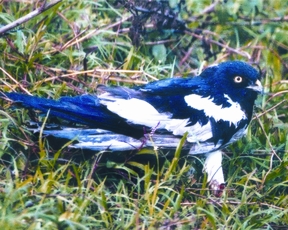 Harrier long-tailed, long-winged birds of prey with short beaks and soft plumage of the genus Circus, family Accipitridae, order Ciconiiformes. There are about 13 species of harriers worldwide; Bangladesh has 5, but all are migratory.

Harriers belong to a uniform group having long tail feathers and elongated wings, with face feathers arranged into a disc. These predators, with wings somewhat angled up, characteristically fly low over open spaces, particularly marshes, and drop on insects, and small amphibians, reptiles, birds, and mammals.

Cosmopolitan in distribution, the 13 species do not overlap geographically except in Australia, where two species occur. Some are polygynous and one male will pair with up to six females. When not breeding, some species are quite gregarious and roost communally on the ground.

The nest is usually on the ground in marshes, or in tall grass. The best known, the Hen-Harrier ranges across Europe and Asia. Harriers of Bangladesh (Aves, Ciconiiformes: Accipitridae) (all migratory). NB Previous names are given in square brackets.