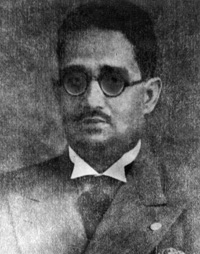 Mahmud Hasan started his career as a Lecturer in English in Cotton College at Gauhati in 1921, and in the same year he was appointed as Lecturer in English in the Dhaka University. He was promoted to the post of Reader in 1926. Mahmud Hasan was the acting head of the Department of English in 1927-28, and was the head of the department from 1929 to 1936. He was the Provost of Salimullah Muslim Hall in 1928. Mahmud Hasan was promoted to the post of Professor in September 1936. For sometime he was the chairman of the Dhaka Education Board (1942).Mahmud Hasan was the Vice-Chancellor of Dhaka University from 1 July 1942 to 21 October 1948. Later, he was the Educational Adviser to the Government of Pakistan (1948), Chairman of the East Pakistan Public Service Commission. He served as Minister in High Commission of Pakistan in Syria, Lebanon and Jordan.