Administration Kalia Thana was formed in 1866 and it was turned into an upazila' on 15 December 1984.

History of the War of Liberation On 8 December 1971, the freedom fighters launched attacks on the Pak army and Razakar base at Kalia High School and Kalia Dakbangalow. This encounter lasted for three days in which three freedom fighters were killed and so were 4 Pak soldiers and 9 razakars. 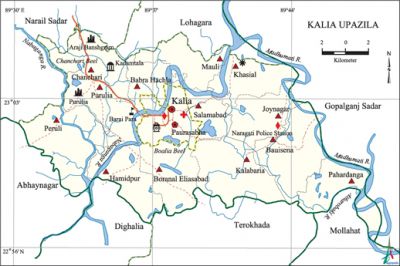