Administration Khansama Thana was formed in 1891 and it was turned into an upazila in 1983.

History of the War of Liberation In 1971 two freedom fighters were killed in an encounter with the Pak soldiers in Khansama upazila. Another battle was fought between the freedom fighters and the Pak army at the foot of Ghatmara bridge with heavy casualties on both the sides. Subedar Majid was also killed in this battle. This upazila was liberated on 14 December. 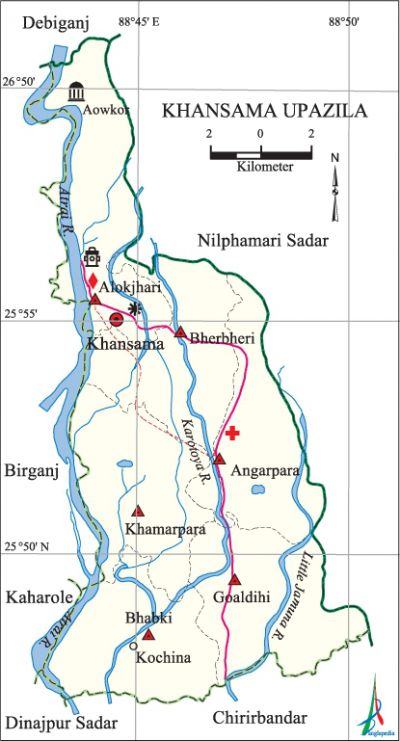 Hats, bazars and fairs Hats and bazars are 15, most noted of which are Khansama, Kachina and Ramkala hats.