Administration Mathbaria Thana, now an upazila, was formed in 1981. 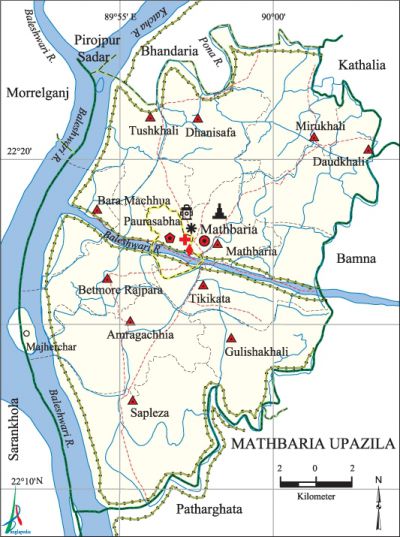 Historical events During the period between 1830 and 1870 peasant movements were held against the Ijaradars in protest of imposing enhanced rents at Tushkhali. In the month of May 1971, the razakars killed 12 freedom fighters at Jhatipunia.

Hats, bazars and fairs Hats and bazars are 31, fairs 3, most noted of which are Mathbaria Hat, Tushkhali Hat, Bara Machhua Hat and Pahela Baishakh Mela (Port at Mathbaria).