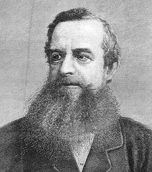 The change of government in Britain with the Liberal Party of Gladstone in power led to a corresponding change in the top executive of India as well. Lord Ripon, who had previously held high posts in the India Office two times, was appointed the Governor General and Viceroy of India. Lord Ripon, a radical liberal among the liberals, set his reform programme in motion immediately after he assumed power (8 June 1880). His earliest measure was to end the protracted Anglo-Afghan hostilities. He entered into a peace treaty with the new Afghan Amir Abdur Rahman. The new Amir agreed, in return for an annual subsidy, to determine his foreign policy in consultation with the government of India.

Lord Ripon made remarkable contribution to the development of local government. In 1882, he abandoned the existing system of local government by the officially nominated people. His reform thought, as he declared, was directed to educating the people politically and educationally. According to his local self-government plan, the enormous Local Boards were split into smaller units to achieve greater efficiency. In order to ensure popular participation in the management of local affairs the existing nomination system was replaced by election system. But due to opposition from the British civilians, who believed the natives were not yet prepared for electoral system, Ripon could not implement his electoral ideas as fully as he intended to. The nominated members on the local committees, rural and urban, remained side by side with the elected members. However, Ripon's credit lies in the fact that it was he who introduced election system for the rural boards for the first time.

The famous bengal tenancy act of 1885, though enacted after Ripon's departure, got its origin from the Rent Commission which he established in 1880 in response to widespread peasant unrest in the country. Against the rack-renting zamindars and taluqdars, the Bengal raiyats were agitating for long. The Rent Commission was asked to study the agrarian problems and make appropriate recommendations for legislative actions. The upshot of the commission report (1882) was a long debate on the rights and liabilities of tenants and the eventual enactment of the Bengal Tenancy Act of 1885 under which the raiyats got considerable rights in land which they lost under the permanent settlement.

For Ripon education was one favourite subject. As Lord President of the Council in the Liberal Government of Gladstone, Ripon had been responsible for bringing important educational reforms. As Governor General Ripon gave high priority on education, particularly primary education. He set up a committee called Indian Education Commission (1882) headed by WW Hunter for looking into the problems of primary and secondary education. In pursuance of the recommendations of the hunter commission, as it was commonly known, a new education policy emphasising primary and collegiate schools was adopted.

Ripon's administration was particularly marked by the most controversial Ilbert Bill issue. The controversy arose out of the question of the jurisdiction of native judges over European subjects. The Law member, Sir Courtney Ilbert, introduced a bill banning the protected status of the white and seeking equality of all subjects, native or otherwise, in the eye of law. The anglo indian community put up a strong resistance movement to the passage of the bill and forced the government to enact the bill by bringing substantial amendment to its original spirit and letter.

The liberal policy of Ripon met resistance again when he repealed in 1882 the controversial vernacular press act (1878) that required the editors of Indian newspapers either to give an undertaking not to publish any matter objectionable to government or to submit the proof sheets before publication for scrutiny. The native press hailed his action, but the Anglo-Indian press and the community were against the idea of granting freedom of press to the natives. However, Ripon's idea about granting freedom of press to all without showing any racial discrimination prevailed.