Suhrawardy, Ubaidullah Al Ubaidi (1832-1885) educationist and writer, was born in the famous Suhrawardy family of Chitwa in Midnapore, west bengal. He learnt Arabic and Persian at home and then passed the Final Central Examinations (1857) from the Aliya Madrasah of Kolkata. He also learnt English at home. He was first employed as an aide to Prince Jalaluddin, grandson of Tipu Sultan of Mysore in Kolkata, and then was appointed scrivener to the translation department of the Legislative Council of the Viceroy. 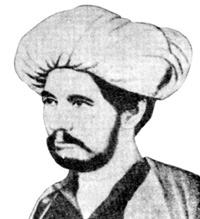 He joined Hughli College as a teacher of Anglo-Arabic (1865) where syed amir ali was his student. He was appointed the first superintendent of Dhaka Madrasah in 1874 and remained there till his death. A social reformer, he was a man of secular, rational and liberal bent.

Ubaidullah was a follower of abdool luteef and Syed Ahmed Khan. He was affiliated with the mohammedan literary society (1863), Central National Mohammedan Association (1877), Bengal Social Science Association and other organisations in Kolkata. He was also a member of the managing committee of the Aligarh Mohammedan Anglo-Oriental College (1875). He founded an organisation called Samaj Sammilani Sabha (1879) that survived for a short period. He encouraged students of Dhaka College to found dhaka mussalman suhrid sammilani (1883).

The Indian government awarded him the title Bahrul Ulm (Sea of knowledge) in recognition of his contribution to knowledge, education and society. The Bahrul Ulm Obaidi Suhrawardy medal, named after him, is still awarded by the University of Dhaka. Acharya Harinath De made an oil painting of him as a token of respect. His eldest son Dr Abdullah al Mamun Suhrawardy earned fame in academia while his other son Hassan Suhrawardy became famous in politics. He died in Dhaka on 9 February 1885. [Wakil Ahmed]