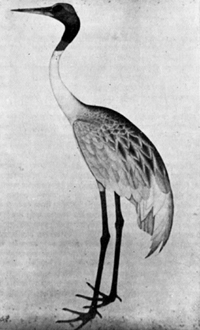 Zainuddin, Sheikh  an artist of the company period. He was one of the local artists who rose to prominence under European masters. He deserves a rank next to Shaykh Muhammad Amir of Karaya. In the late eighteenth century he worked under Lady Impey, the wife of Sir elijah impey, Chief Justice of Calcutta Supreme Court. Among the three eminent artists she brought from Patna to make realist sketches of birds and animals of her private zoo, Zainuddin was the foremost. All the artists of Mrs. Impey were conversant with decadent Mughal Patna Qalam (pen) or style. When they came in contact with European patrons and artists they adopted European style and technique to keep themselves employed for earning livelihood. Most of these artists worked by using Mughal Patna Qalam and European technique side by side.

From 1777 to 1782 Sheikh Zainuddin worked on Whiteman art paper manufactured in England for his transparent watercolour sketches. For his tinted drawings and sketches he employed meticulous calligraphic strokes reminiscent of the works of Mughal Court artist Ustad Mansur. The works of Zainuddin breathe an arm of blending of traditional Mughal painting with an admixture of European style. His drawings of mountain-rats, hanging bats, parrots, storks etc serve as interesting Zoological studies and at the same time they have high aesthetic qualities. These are now preserved in the Ashmolean Museum, Oxford. [Nazma Khan Majlis]