Administration Assasuni Thana was formed in 1891 and it was turned into an upazila in 1983. 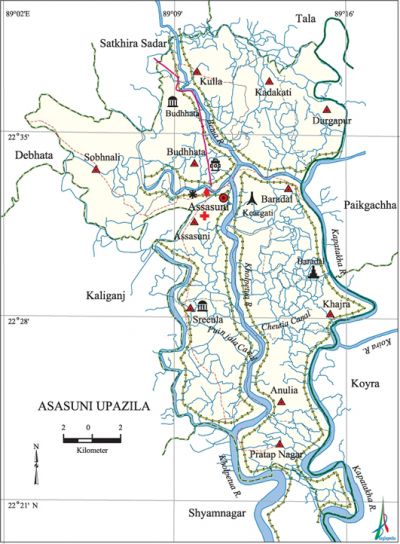 Marks of the War of Liberation Mass killing site 1 (Keyargati).

Fisheries, dairies and poultries This upazila has a number of fisheries, poultries, shrimps hatcheries.