Badda Thana (Dhaka metropolitan) area 36.84 sq km, located in between 23°45' and 23°49' north latitudes and in between 90°25' and 90°28' east longitudes. It is bounded by khilkhet thana on the north, khilgaon thana on the south, rupganj upazial on the east, gulshan, cantonment, rampura thanas on the west. 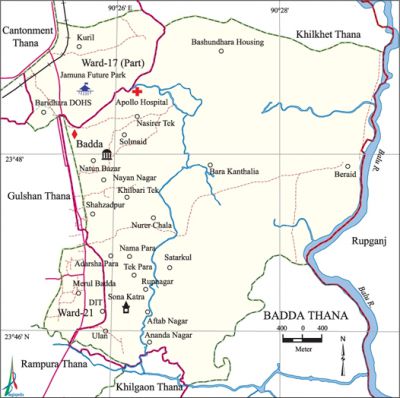 Marks of War of Liberation Memorial sculpture Birer Prortyabarton (return of the hero) at Bhatara.