Administration Barisal Thana was formed on 18 January 1923. Barisal Paurasabha was formed in 1957 and it was turned into a city corporation in 2000. 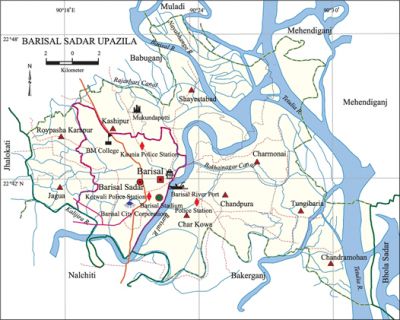 Historical events Many people were killed or wounded' when the British police conducted lathi charge in 1906 atthe conference of the Bangiya Provincial Parishad. On the issue of this incident' anti British movement spread over the whole of India. Armed rebellion started in this region with the establishment of Shankar Math in 1912. Barisal was liberated on 8 December 1971.