Administration Bauphal Thana was formed in 1874 and it was turned into an upazila in 1983.' 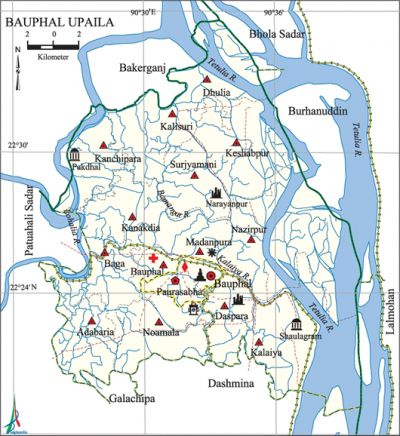 Natural Disasters The devastating cyclones of 1584 and 1822, and the flood of 1876 caused huge loss of life and damage to settlements, livestock and properties.