Administration Mathura Thana was formed in 1828 and was shifted to Bera in 1927 after it got submerged by river erosion. Bera thana was turned into an upazila in 1983. 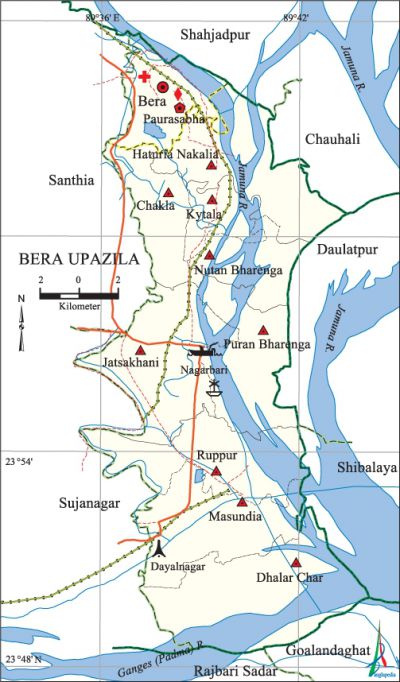 Natural Disasters' The floods of 1988 and 1989 caused huge damages to settlements and crops of the upazila.