Bhoja Vihara is the third most extensive monastic establishment in mainamati near Comilla, next to shalvan vihara and ananda vihara. It is situated almost in the centre of the culturally rich Kotbari area, just adjacent to bard. A huge water tank lies on its east. Recent excavations have revealed the outlines of a 137.2m square monastery with a large cruciform shrine at the centre of its open courtyard. Vandals extensively damaged it in 1944-45. Excavations here are still in the initial stage and much remains to be uncovered. 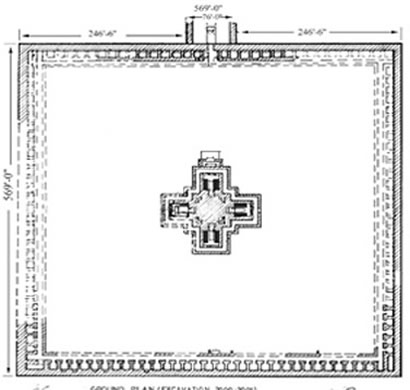 Work done so far has revealed the upper part of the central shrine and the outline of the square monastery with its impressive gateway at the centre of the northern wing. It is almost identical with Shalvan Vihara and Ananda Vihara in every respect except in minor details. The architectural characteristics that distinguish them all are a citadel like square shaped monastery, well-protected by 5m or more thick back walls, with only one fortified entrance set in an attractive and wide front facade, and guard rooms projecting outwards in the middle of the north side. A cruciform central shrine, the most attractive monument of the site, lies in the centre of the wide open courtyard, while a very large water tank lies on the east of each site. The courtyard is crowded with a host of ancillary buildings: votive stupas, subsidiary shrines and chapels.

The northern wing of the cruciform central shrine has been fully uncovered. A giant bronze image of Vajrasattva has been discovered here. This is evidently the consecrated cult image of this shrine. Its sanctum was sanctified by double Pradaksina paths. [M Harunur Rashid]