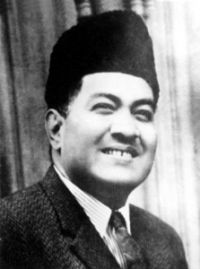 Fazlul Quader opposed the Bangali nationalist movement based on the six-point programme of Bangabandhu Sheikh Mujibur Rahman. He opposed the War of Liberation of Bangladesh and collaborated with the Pak occupation army. He had active role in the formation of Rajakar force and peace committee in Chitagong. After the liberation of Bangladesh, he was arrested and confined in the Dhaka Central Jail where he died on 18 July 1973.