Administration Companiganj Thana was formed in 1976 and it was turned into an upazila in 1983.'

History of the War of Liberation During the war of liberation in 1971 Companiganj upazila was under Bholaganj sub-sector of sector 5. About 19 freedom fighters of the upazila were killed in encounters with the occupation Pak army.' 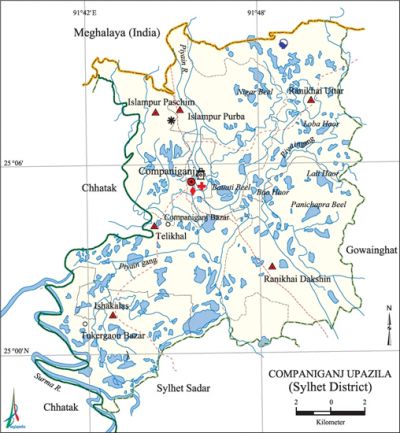 Hats, bazars and fairs Hats and bazars are 20, fairs 3, most noted of which are Companiganj Bazar, Islamganj Bazar, Tukergaon Bazar and Parua Bazar.