Administration Dhamoirhat Thana was formed in 1922 and it was turned into an upazila on 1 march 1984. 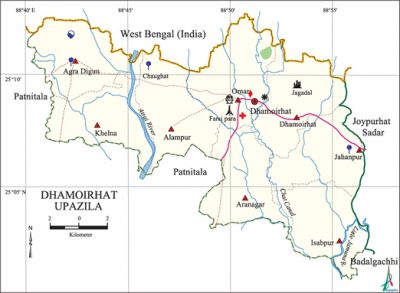 Hats, bazars and fairs Hats and bazars are 25, fairs 9, most noted of which are Madarer Mela at Shankarpur, Shyampur Mela, Gakul Mela.