Administration Dhamrai Thana was formed in 1914 and it was turned into an upazila in 1985. 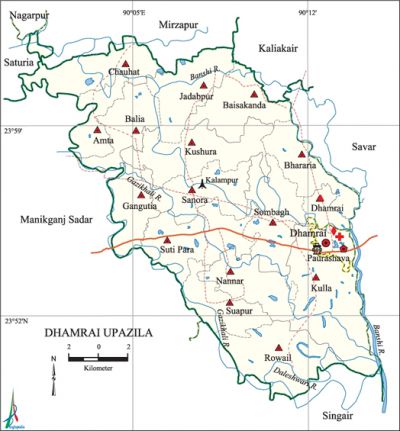 Marks of the War of Liberation Mass grave 1 (western side of Kalampur Bazar).