Gramophone precursor of the modern record player, tape and CD player. In 1877 Thomas Edison (1847-1931) invented a sound machine which he called phonograph. In 1887, Emil Berliner invented the gramophone, an improved version of Edison's phonograph. Within a couple of years, many gramophone companies were established for business considerations. 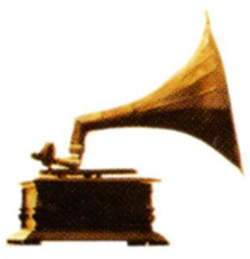 The man who introduced Bengal to the world of gramophone was FW Gaisberg, the first recording engineer of the Gramophone Company. From 1900 to 1907, he made several trips to Kolkata and other parts of India, urging local entrepreneurs to join him in his venture to start sound recording in India. In 1902, Gaisberg made the first disc recording of Indian artistes. The singer Gauhar Jan of Kolkata was the first Indian and Bengali artist to have her songs recorded, gaining immediate celebrity.

Her photographs appeared on the front pages of all Kolkata newspapers. India soon became the largest market for gramophone records. The most popular gramophone companies established in Kolkata in the first decade of the 20th century were His Master’s Voice (British), Columbia (American) and Pathe (French).

hemendra mohan bose, the first Indian entrepreneur to make gramophone records, had acquired an Edison phonograph recording machine in 1900. He also had contacts with the Pathe Company. Hemendra began recording songs of local talent by hiring equipment from His Master’s Voice. Later he set up a recording firm in Kolkata, recording songs in Bangla, Hindi and Urdu.

From the 1920s, gramophone and gramophone records became prestigious objects among Bengali families. The craze persisted till the 1950s when they began to be replaced by electronic stereo sets. [Sirajul Islam]