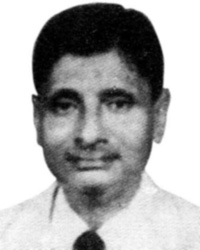 Halim, Abdul (1905-1972) historian and musicologist. He was born at Gahzipur village in Daudkandi Upazilla of Comilla district. Both his father and grandfather were proficient in Persian language and were engaged in teaching the language in Dhaka.

Abdul Halim matriculated from Dhaka Collegiate School in 1921 and passed IA Examination from Dhaka Intermediate College in 1923. Having obtained Honours (1926) and MA (1927) in History from the Dhaka University, Abdul Halim joined the same Department as a Lecturer in 1928. Later he joined the Aligarh University in 1930. He did his PhD on the ‘History of Lodi Sultans of Delhi and Agra’ under the supervision of Sir jadunath sarkar (1870-1958) in 1938. After the partition of India in 1947, he joined as Professor and Head of the Department of History at the University of Dhaka in 1948.

Abdul Halim was a distinguished medievalist. His book entitled History of Lodi Sultans of Delhi and Agra (Dhaka University 1961), is an indispensable reference for the history of the early medieval period. Halim was also a recognised scholar on classical music. His Short History of Indo-Pak Music is an important contribution to the history of music. [Ratan Lal Chakraborty]