Administration Kachua Thana was formed in 1918 and it was turned into an upazila on 20 July 1983. 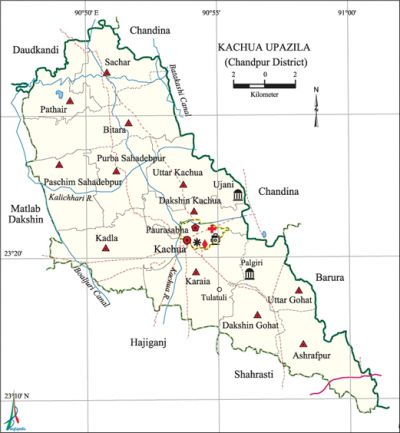 History of the War of Liberation On 14 September 1971 the local razakars attacked the Raghunathpur Bazar and killed one freedom fighter and 14 innocent civilians.

Marks of the War of Liberation Memorial monument 1 (Raghunathpur).

Natural disasters The cyclone of 1974 caused heavy damages to the properties of a number of villages of the upazila.