Kotwali Thana (Chittagong Metropolitan) area 7.68 sq km, located in between 22°19' and 22°22' north latitudes and in between 91°50' and 91°53' east longitudes. It is bounded by panchlaish thana on the north, karnafuli thana and karnafuli river on the south, bakalia and chandgaon thanas on the east, khulshi and double mooring thanas on the west.

Administration Kotwali Thana was established in 1922. 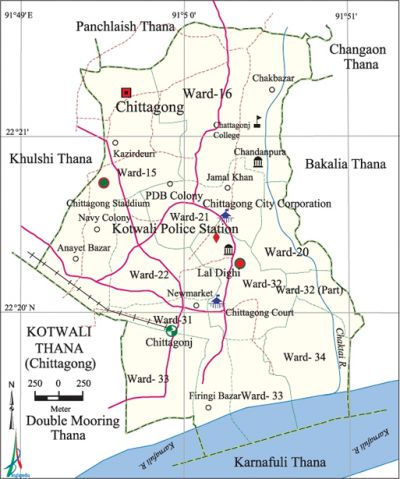