Mymensingh District (dhaka division) area 4363.48 sq km, located in between 24°15' and 25°12' north latitudes and in between 90°04' and 90°49' east longitudes. It is bounded by Garo Hills and Meghalaya state of India on the north, gazipur district on the south, netrokona and kishoreganj districts on the east, sherpur, jamalpur and tangail districts on the west.

Administration Mymensingh district was formed in 1787. The previous name of the Mymenshing Town was Nasirabad. Of the 17 districts of Dhaka Division, Mymenshingh District is the biggest. 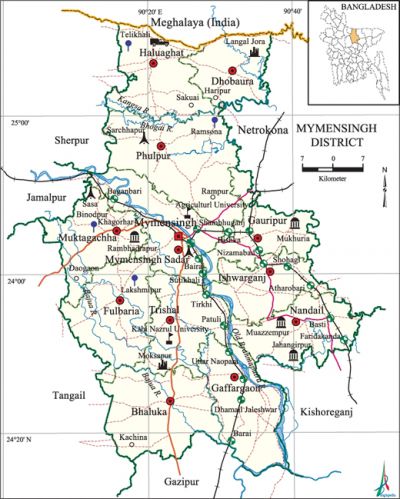