Administration Nangalkot Thana was turned into an upazila in 1983. 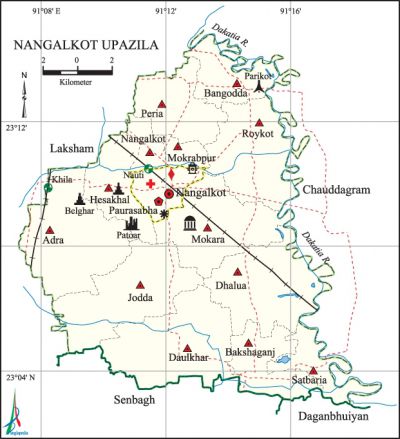 History of the War of Liberation During the war of liberation Nangalkot upazila was under Sector 2. The Pak army killed 11 innocent persons at Tejer Bazar of the upazila. Besides, the local razakars killed one freedom fighter openly and buried him at a place near the Hasanpur Railway Station.

Natural disasters The floods of 1958, 1998 and 2002 inundated the vast area and also caused heavy damages to settlements, communication and crops of the upazila.'