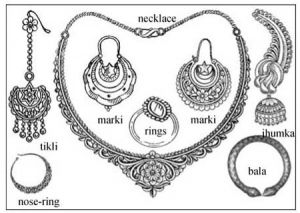 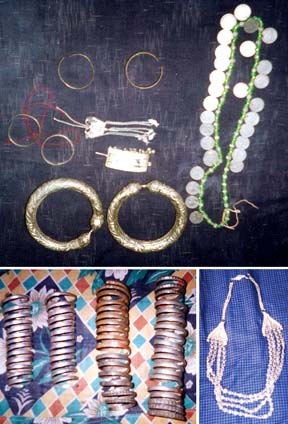 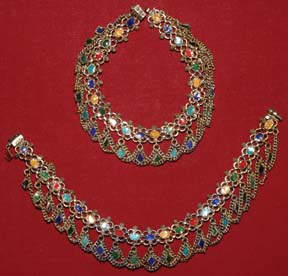 The history of development of Bangladesh ornaments may be divided into four phases: 1000 BC to 1200 AD; 1200-1750 AD; 1750 AD-1950 AD; and 1950-2000. At the same time, it should be noted that many pieces of jewellery in use in Bangladesh today can be traced to origins in the past, and that a wedding set today may not be very different from a Mughal ornament. In other words, different styles and influences co-exist at the same time. Furthermore, while gold jewellery has felt the impact of change, the old traditional forms are in silver and heavy wedding ornaments remain the same from one generation to another, the contemporary handicraft shops create new designs in silver. 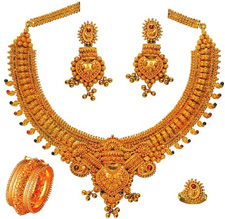