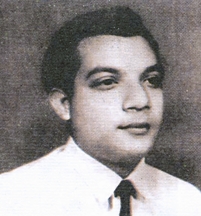 Rabbee, Mohammad Fazle (1932-1971) physician, martyr intellectual. He was born on 22 September 1932 at village Chhatiani in Hemayetpur upazila of Pabna district. His father was Afsaruddin Ahmad and mother Sufia Khatoon. He passed Matriculation from Pabna Zilla School in 1948 and ISc from Dhaka College in 1950. He obtained MBBS degree from Dhaka Medical College in 1955 and secured Dhaka University Gold Medal for topping the merit list. He got MRCP degree in Cardiology in 1960 from Edinburgh Royal College of Physicians and Surgeons, and MRCP degree in Internal Medicine from London in 1962.