Rakhain, The an ethnic community from arakan who migrated to Bangladesh in late 18th century and settled in the coastal districts of cox's bazar and patuakhali. Rakhains have a long history and culture of several thousand years old. The world 'Rakhain' is derived from a Pali word arakhah which means Raksho or Rakshok or (protector). It is believed that they were the inhabitants of ancient kingdom of Magadha and later migrated to Rokhong, Rokhaingpi, Arkhang, Rosang, Rakhainpray or Arakan. These immigrants were known to the local people as Magadhi or Magh. The word was referred by a saint named Assang Nagiddha about three thousand years back in a stone inscription discovered in Arakan. 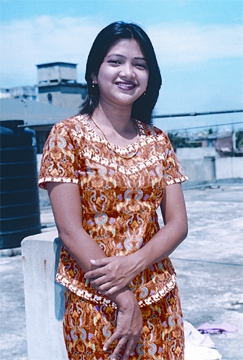 Rakhains claim themselves as Aryans and they were worshippers of nature. In the inscription, the saint summerised the characteristics of the Rakhains describing them as noble, brave and courageous protectors. Rakhains believe that the ancient Arakan was ruled by 26 Brahmin kings of Rakhain origin. A total of 234 kings ruled Arakan from the reign of Rakhain king Marco to king Maha Samada till 1784. In history, this period is known as Dhainnyawati, Vaishali, Lemru and Mrao ages.

According to a reference in Rajoang, the king Chandra-Surya along with his loyal Buddhist soldiers of Magadh origin came to Chittagong or Cox's Bazar and established kingdom there in 1464 AD. They also captured similar number of Rakhains and took them away to mainland as bonded labours. In 950 AD, another king of Arakan expanded his kingdom upto Kumira of Chittagong occupying the area. Later a victory memorial with an Arakani inscription was set up in Kumira, in which a royal message was engraved as 'No More War'. Mughal emperors did not like those Magadhi or Magh settled in Chigttagong and Cox's Bazar. So, Mughal subahdar shaista khan imposed a tax on them as Maghjama in 1666 AD.

According to A P Phyre, Burmese King Bod-Mao Oye occupied Arakan in the late Lemru period defeating its king Meng Soe Mau. G E Harvey in his book History of Burma mentioned the name of this king as Naramikhila. The defeated Arakan king, Meng Soe Mau took asylum with the ruler of gauda in 1406 AD. Later King Soe mau recovered Arakan with the assistance of over 100,000 troops of the Bengal Sultan jalaluddin muhammad shah in 1430 AD.

A P Phyre discovered some silver coins of the reign of Soe Mau now preserved in the British Museum. Earlier, symbolic coins were used as currency in Arakan. But King Soe Mau after re-establishing his rule introduced metal coins having the Islamic Kalema inscribed in the coins along with his name both in Rakhain and persian languages, as a gesture of gratitude to the friendly Muslim ruler of Bengal. This tradition was followed by the subsequent Rakhain kings. Meug Soe Mau (Mang Cha Moe) established his capital in the city of Mrauk. 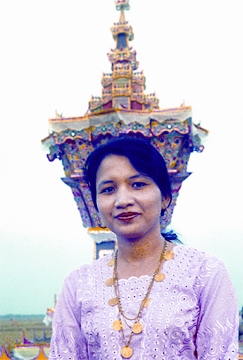 In 1784, the king of Burma occupied Arakan and annexed it to his kingdom. His forces committed genocide there killing at least 200,000 Rakhains, men women and children. Rakhains of Cox's Bazar led by Oyemo organised themselves to conduct a stormy expedition to Arakan. They took revenge of the genocide and came back to Cox's Bazar in 1791. A large number of Arakani Rakhains took refuge in Cox's Bazar in 1796 following a rebellion there. The then British Government appointed captain Hiram Cox as the superintendent of Cox's Bazar in 1799. The name of the place was given after him. His main assignments were to formulate a rehabilitation policy for the refugees, to select sites for settling the Rakhain refuges and to lease out government land for that purpose. But local landlords and elites like Sher Mostafa Khan, Kalicharan and Saad Uddin involved into a conflict on these issues. In 1817, the government owned land was disclosed tax free for genuine traders and thus the conflict came to an end.

In July 1799, Hiram Cox in a report mentioned the number of Rakhain refugees and settlers there as 40 to 50 thousand. According to the report of 29 January 1813, only 14,451 Rakhains were rehabilitated from 1800 AD to that-date as the east india company government promulgated a decree curbing the migration policy. Sir Wanter Hamilton observed over 100,000 Arakan refugees only in Ramu area. The British government, in the second step, rehabilitated many Rakhain refugees in Cox's Bazar, Chittagong Hill Tracts and Patuakhali. That step is regarded as the biggest ever incident of Rakhain migration in Bangladesh. 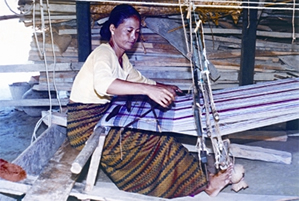 Arakha is Rakain language originated in oral form several thousand years ago in Magadha. Written Rakhain alphabets have a recorded history of about six thousand years. A stone inscription with Rakhain alphabets was discovered which is preserved in an archaeological site of east Arakan. It is believed that the alphabets originates in North India. According to philologists, it is an Indo-Mongoloid language. Burmese adopted these alphabets and language from Magadhi when they migrated to Arakan. The language itself was changed in written form in Arakan during the first and second stages of Dhannyabati age, early and later parts of Vaishali age, Lumru and Mrau ages.

The Rakhain folklore and literature are very rich. The royal court of Arakan also used to patronise the study of Bengali literature from 1538 to 1703 AD, alaol, the great Bengali poet of medieval age was a court-poet in the kingdom of Arakan. About three hundred years back the Rakain settlers and local people of Cox's Bazar developed a new type of colloquial dialect for communication between them. However, the Rakhains settled in Cox's Bazar and other places of Bangladesh have been preserving and upholding their own rich cultural tradition and heritage. Performance of ballads, story-telling, folk-songs, and dance, riddle competition etc are integral parts of their social and religious rituals including wedding ceremony, sanggreng (aqua festival), Nai-chai ka (year ending and New Year festivals).

In the period, Rakhains used to write folk tales, moral sayings, practiced the art of magic, the technique of medical treatment and the texts of tripitaka and astrology on pamyra-leaf and other leaves by thorns and long painted iron-pins instead of ink. Such manuscripts, known as Pijong are generally preserved in different kiyangs (pagoda) for the next generations. Rakhains inherit a long heritage of fine arts and aesthetic culture. These are quite evident in their architecture, arts and crafts, paintings, music, drama and dance. Rakhains had constructed many religious establishments, known as jadi in Bangladesh, Arakan, Myanmar and Malaysia. There are 32 jadis in Bangladesh. A piece of stone marking the direction of sea was placed on the top of the tower of each jadi. An emblem of the Aryan is also put on each of these sacred establishments. 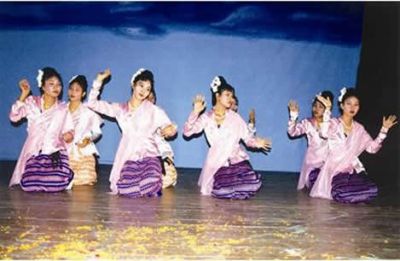 Rakhain arts and crafts are divided into 12 branches. Their folk dance, especially the traditional lamp-dance, children dance, flower-dance, aquatic dance, umbrella dance, hand-fan dance and herdsmen dance are still very popular. They play on musical instruments like violin, Benju and Mandoline having 12 scales, and seven-scale instruments like flute, saxophone and some indigenous instruments for creating melody and rhythm. Both Rakhain men and women prefer to paint their bodies. Traditionally, Rakhain youngmen like to draw blue-coloured tattoos of short and long term duration by needles on the skin of various parts of the body. A red dot-type tattoo is drawn on the skin of lower arm by both men and women to fulfill the religious requirement. They also use six types of scented paste made from roots and stems of medicinal plants on their face and other parts of the body to keep the skin youthful and fresh. Use of some of these pastes is mandatory for the mothers after child-birth. Rakhain women traditionally dress up their hair in 64 different styles. It has also been revealed in the archaeological objects, mainly stone-engraving, discovered in Mrau city. In hair-dressing Rakhain women use flower pin and comb made of gold along with a round shaped comb set. They also like to dress up with ornaments like earnings, both normal and bell-shaped, necklace, chain, bungles, bracelets, rings made of gold and gems. Rakhain males attire colorful lungi, shirt, turban, unstitched coloured dhuti of 12 feet length, genji (vest), scarf, waistband, belt and crown (only during wedding). Rakhain women cover the lower part of their body with 12 feet long unstitched coloured cloth called a-thongke and thami and wear bra, blouse and colourful modest scarf to dress up the upper portion of the body. They also use belts.

Rakhains had three types of home, made of bamboo, wood and stone. Their house is mainly two storeyed and the ground floor is kept vacant. They live on the platform of first floor dividing it into various compartments. In the entrance, the room is earmarked for the guests. The second room is for the master, the third one for the male children, and the fourth and rear room is earmarked for the young un-married daughters. There are two holes measuring 6' to 8' on the fence or wall of this room so that the young girls can talk to their respective lovers through these wholes at night. Rakhains are engaged in various professions. Beside the main occupation of farming and fishing, they are engaged in trading, shop-keeping, boat and ship building, weaving etc. Many of them work as artisans with the professional group like goldsmith, blacksmith, carpenter, painter, wood-carver, mason and metallurgical technician. [Kamrul Hasan]