Administration Rangunia Thana was formed on 24 January 1962 and it was turned into an upazila in 1983. Municipality was formed on 4 July 2000. 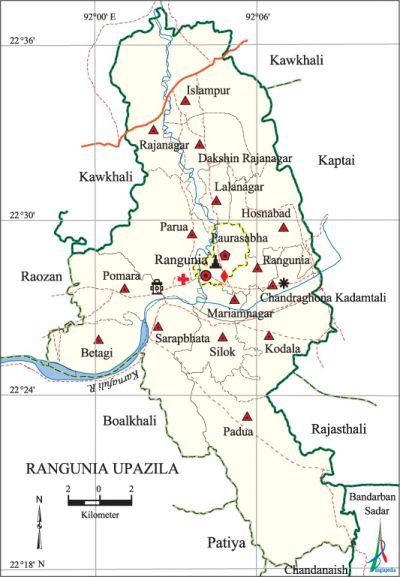 Natural resources' Lime stone has been detected in this upazila.