Administration Sabujbagh Thana was formed in 1988. 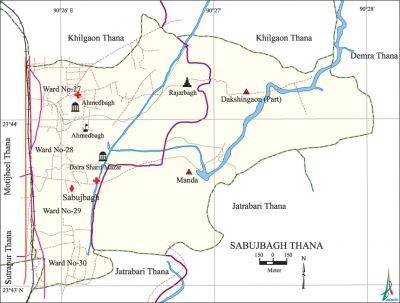 History of the War of Liberation In 1971, during the war of liberation, a direct encounter between the freedom fighters and the Pak army was held at Mothertek of this thana in which 11 Pak soldiers were killed.

Hats, bazars and fairs Hats and bazars are 20. Paush Mela at Meradia (defunct) is notable.