Administration Santhia Thana was formed in 1905 and it was turned into an upazila in 1986.

History of the War of Liberation On 27 November 1971, the Pak army in collaboration with the local razakars violated women at Fakir Para under Dhulauri union of Santhia upazila; they also captured 22 freedom fighters and killed 21 of them on the bank of the river Ichamati by bayonet charges. Santhia upazila was liberated on 15 December. 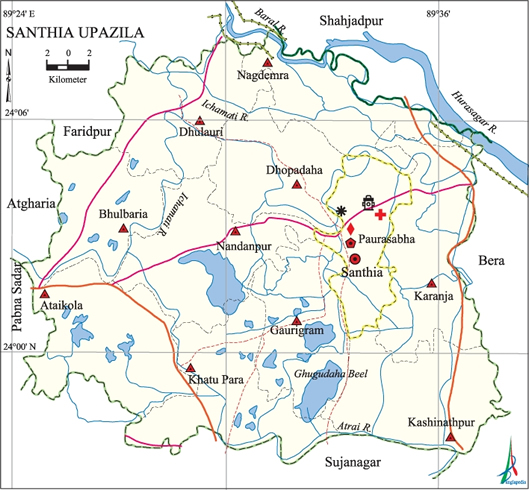 Natural disasters The floods of 1988 and 1998 caused heavy damage to settlements, crops and other properties of the upazila.