Sen, Girish Chandra (1835-1910) religious scholar and translator who made the first creditable and full translation of the holy quran into Bangla, was born in the village of Panchdona in narayanganj. He studied Persian and Sanskrit and began working as a copyist at the court of the deputy magistrate in mymensingh. He taught for a short while at Mymensingh Zilla School before engaging wholeheartedly in journalism and literary activities. 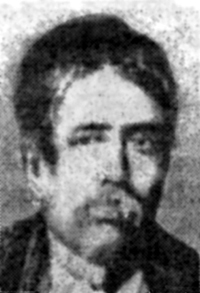 Initially Girish Chandra worked at the dhaka prakash and later as assistant editor at the Sulabh Sumachar and Babgabandhu, and as editor of the monthly Mahila. In 1871 he became a Brahma under the influence of keshab chandra sen and bijoy krishna goswami and travelled through India and Burma to propagate his new faith. Encouraged and inspired by Keshab Chandra Sen, he went to Lucknow in 1876 to study arabic and Islamic literature. The outcome, a Bangla translation of the Quran (1881-86), was his greatest achievement. His keen interest in different religions and his liberal outlook earned him the respect of followers of other religions.

Girish Chandra wrote and published a total of 42 books in Bangla. He published the Bangla translation of almost half of Mishkat Sharif under the title Hadith-Purba Bibhag (1892). Another important work of his was Tattvaratnamala (1907), which contains moral lessons and words of wisdom in the form of short tales from two famous Persian books: Sheikh Fariduddin Attar's Mantequttayeb and Maulana Jalaluddin Rumi's Masnavi Sharif. His publications include Persian translations such as Gulistan, Bustan, and Diwan-e-Hafiz. He also translated the sayings of the Prophet muhammad (Sm): Hadith or Meskat Masabih (1892-98).

Girish Chandra's translation into Bangla of rammohun's book on Islam, Tuhfatul-Muahhidin (1878), was published in the journal Dharmatattva. While still at school he wrote a book, Banitabinodan, on the importance of women's education. Another book of his that deserves mention is Ramakrishna Paramhangser Ukti O Jivani. His autobiography, Atmajivani, was published in 1906. [Sambaru Chandra Mohanta]