Administration Shahjadpur Thana, now an upazila, was formed in 1845. 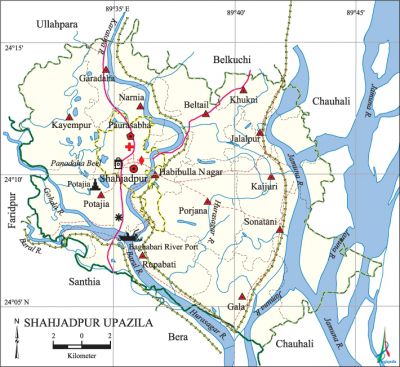 Historical events Tenant movement was initiated in this upazila in 1873. The revolutionary leader Ishan Chandra Roy led the movement from his native village during the period from 1873 to 1876. Besides, the people of this upazila took part in various movements including anti British Movement, anti Pakistan Movement, language movement of 1952, mass upsurge of 1969 and the war of liberation in 1971.

Natural disasters Many people were victims of the famines of 1897 and 1943. Besides, the earthquakes of 1885 and 1897 caused heavy damages to settlements and other properties of the upazila.