Administration Shariatpur (former name Palong) Thana was turned into an upazila in 1984. Municipality was formed in 1990. 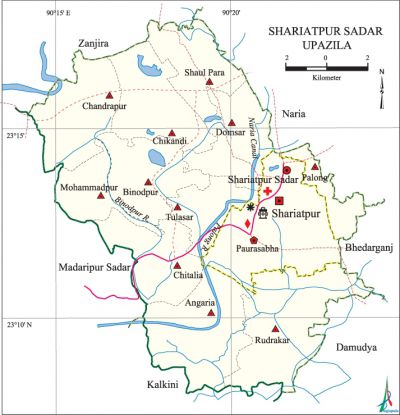 History of the War of Liberation During the war of liberation in 1971 a number of encounters were held between the freedom fighters and the Pak army in which about 313 members of the Pak army were killed.

Hats, bazars and fairs Hats and bazars are 12, fair 1, most noted of which are Angaria Hat and Shaul Para Hat.