Silk A delicate and soft fibre produced by the silkworm Bombyx mori to make their cocoons and covered with sericin, a protein. Three types of silk have long been produced in Bengal: mulberry silk, endi (or eri) silk and tassar silk. The first is obtained from the cocoons of silkworms of the genus Bombyx, which eats mulberry leaves; the second from the genus Philosamia, which eats the leaves of the castor plant; and the third from the genus Antherea, which eats oak leaves. The mulberry silk is generally considered the most valuable.

Nobody knows when mulberry silk began to be produced in Bengal but this variety of silk has a history of many centuries as an important rural industry and was a major item of international trade. It was known as the Ganges silk in distant Italy as early as the 13th century. In the past, silk producing rural households of Bengal took care of the first three stages of production: mulberry cultivation, silkworm rearing and reeling of yarn (raw silk). They sold the raw silk to specialised weavers in nearby villages or towns who produced silk textiles. Bengal produced much more silk than was used locally, and it boasted a vigorous export trade of both textiles and raw silk. It was this trade which first attracted European traders to Bengal. From modest beginnings in small trading posts, European trade companies came to dominate the trade. They gradually influenced the types of textiles produced and also organised a shift from textile exports to the export of raw silk to the requirements of far-flung markets. 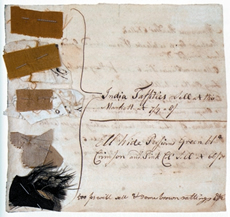 By 1835, the British east india company ran over a hundred filatures in the region and exported about 400 tons of raw silk. Later, private companies took over and the export trade boomed till the 1870s, when because of the epidemic silkworm diseases and technological stagnation Bengal lost most of its foreign markets and Japan emerged as a new major exporter of silk. In the early 20th century, Bengal silk was also pushed out of South Asian markets, especially by Kashmir and Mysore silk. By the 1930s, Chinese and Japanese silk started replacing Bengal silk even in Bengal itself. What this meant in terms of employment can be illustrated by the example of Rajshahi district. In the 1870s, some 250,000 people derived incomes from silk production there; in 1901, the number stood at 41,000 and in 1921, it was less than 600.

The Bengal government could not ignore this disastrous decline in silk production and set up a Sericulture Section in 1908. This marked the beginning of a long series of largely unsuccessful attempts to revive the silk industry. The area under cultivation of mulberry in Bengal fell from 54,000 hectares in 1896 to 7,000 in 1914 and 4,000 in 1937.

After Partition in 1947, most silk-producing areas of Bengal became part of India. Less than 10 percent of the Bengal mulberry area, mostly in Rajshahi district, was incorporated into East Pakistan, and about 2,000 people depended on silk production. These producers were now cut off from the silk manufacturing enterprises and markets in India. The Pakistan government showed little interest in developing silk production. The silk industry was earmarked for development by private entrepreneurs but none came forward; no protective tariffs were put in place, and the government sanctioned the liberal import of raw silk.

The East Pakistan provincial authorities, however, undertook some initiatives to improve the position of the silk industry, and by 1962, the government-sponsored Rajshahi Silk Factory was put into operation. But the silk producers did not see any substantial improvement except that the pitiful 300 hectares of mulberry land at Partition (1947) had expanded to 500 hectares in 1971, which did not accompany corresponding change in production situation and income and employment opportunities.

After 1971, the government of Bangladesh developed a more systematic policy towards silk. New development programmes for the sector were undertaken with the help of foreign aid and expertise, particularly from Switzerland. In 1977, the bangladesh sericulture board was created to coordinate activities in the silk sector. Performance consistently fell short of the targets set and the growth was slow. In the 1980s, an evaluation team judged that 'sericulture now occupies a very minor place in governmental efforts, though its role as a generator of rural employment and income can be highly significant'. Several non-government organisations became involved in silk production, particularly through spreading to areas, which had no surviving tradition of silk production. Although there were some local success, most experiments failed to yield effective results. Yet, by the late 1980s, the national mulberry area expanded to no more than 3,000 hectares and the silk sector provided employment to about 50,000 people. The productivity of Bangladesh silk producers was about half of that of their Indian counterparts. 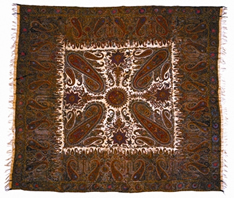 Silk production is a very complicated process. Silk is made by silkworm, the caterpillar of the flightless silk moth, whose only food is fresh mulberry leaf. Silkworms are hatched from eggs and end their existence by encasing themselves in cocoons from which they emerge as silk moths. The female moths then lay eggs to recommence the cycle. Silk yarn ('raw silk') is obtained by killing the silk pupae in their cocoons, boiling the cocoons to loosen the yarn, and then reeling off the yarn. The yarn is then treated in several ways for making it ready for use in the loom to produce silk textiles.

In Bangladesh, almost all silkworms are reared on large bamboo trays in village huts. Silkworm rearing is very labour intensive, especially towards the end of the season when thousands of silkworms are voracious. A silk season (bond) lasts up to 30 days, depending on the temperature. In Bangladesh there are four to five silk seasons a year. The major ones are Chaitra (spring), Jaishtha (summer), and Agrahayon (autumn). The dyeing, weaving and printing of silk is done in small rural workshops as well as in mechanised urban factories. The market for Bangladesh silk is largely domestic. The demand for silk far outstrips domestic supply, and silk textiles are imported, legally and illegally, mainly from India.

Silk has long played an important role in the lifestyles of the Bengali upper classes. For example, a silk sari is more than a beautiful garment. It is a symbol of opulence, sophisticated taste, traditional femininity, and cultural authenticity. Some people believe that the evocative expression Shonar Bangla (Golden Bengal) originated from the golden colour of the Bengal silk yarn.

The Bengali language has a specialised vocabulary with regard to silk, based on the traders' and consumers' distinction between many different qualities of silk cloth and design (garad, motka, benarashi). On the other hand, those who create Bengali silk (but rarely can afford to wear it) developed another vocabulary, based on the need to describe the production process in all its facets. Some examples are boshni (silkworm rearer), polu (silkworm), choncho/bijon guti (seed cocoon), chondroki (bamboo screen on which cocoons are spun), kahon (1,280 cocoons), kota rog (pebrine, a deadly silkworm disease) and uzi (a fly causing infection in silkworms). [Willem Van Schendel]