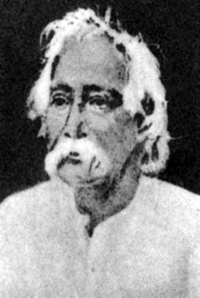 Sircir, Mahendralal (1833-1904) founder of the indian association for the cultivation of science, the first national science Association of India, was born in the district of Howrah in 1833, the year of Raja rammohun roy's death. Rammohun was the first Indian to plead for scientific education in a letter to lord amherst in 1823. Mahendralal was a torchbearer in the propagation of science in India. A meritorious scholar, he studied in Hare School and hindu college. His urge to learn sciences was not fulfilled by the elementary sciences taught at the Hindu College. He therefore switched over to calcutta medical college for higher studies in science and medicine. He obtained IMS and MD degrees by 1862. He was the second MD of Calcutta University after Chandra Kumar De. A champion of Allopathic Medicine and a very active member of the Calcutta Chapter of the British Medical Association, he became converted to Homeopathy on reading Morgan's Philosophy of Homeopathy and on attending the clinic of Rajendralal Dutt, a noted Homeopath of the day. In a subsequent speech at the BMA he declared Homeopathy as superior to Allopathy as a course of treatment. For this he was ostracised by the British doctors of Calcutta. He lost his practice for a while but gradually picked up patients for Homeopathy. He later became the most celebrated Homeopath of the country.

But his abiding fame rests on his campaign, started from 1867, for a national science association. Mahendralal Sircir pleaded for an autonomous association that would be completely controlled, funded, and managed by Indians themselves with suitable laboratories for research. This would create a pool of Indian scientists who would dedicate themselves for national reconstruction. Not only was the British Government indifferent to this effort, a section of his own countrymen also were opposed to his idea. On the other hand, there was wide support to his project from the native aristocracy of wealth and intellect.

In 1876 the 'Indian Association for the Cultivation of Science' was born and was located at 210 Bowbazar Street, Calcutta. Sircir successfully involved eminent Indian scientists in its programmes. He himself delivered many lectures on electricity, magnetism, optics, physiology etc. Towards the close of his life, he lamented that IACS could not become a Royal Institute for want of support, but it rose to be one of the foremost national institutes of science in the 20th century. He died in 1904 AD. [Chittabrata Palit]