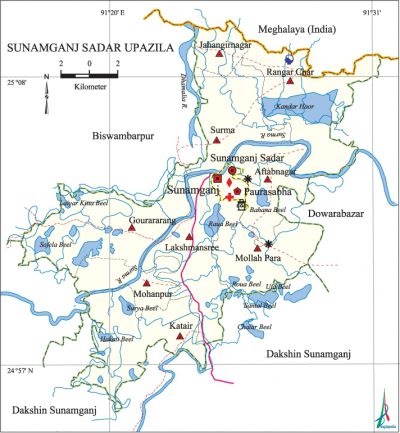 History of the War of Liberation In 1971 the Pak army conducted mass killing, violation of women and burning in different places including at Sunamganj town, Krishnanagar and Ahsanmara Ferry Ghat. The Pak army killed three freedom fighters during the peoples' resistance movement at Sunamganj Circuit House and Ahsanmara areas. During the war of liberation 48 freedom fighters were killed at Krishnanagar of Mongalkot. They were buried at Dalura.

Marks of the War of Liberation Mass grave 1; memorial monument 3.