Administration Tangail Sub-division was established in 1870 and was turned into a district in 1969. Of the twelve upazilas of the district ghatail is the largest upazila (450.71 sq km, it occupies 13.35% of the total area of the district) and dhanbari is the smallest upazila (127.95 sq km). 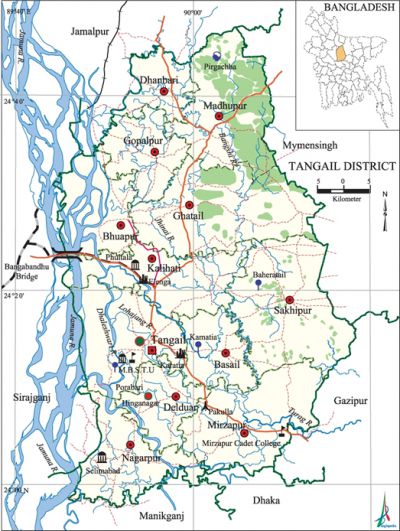 See also The upazilas under this district