Administration Trishal Thana was formed in 1909 and it was turned into an upazila in 1983. 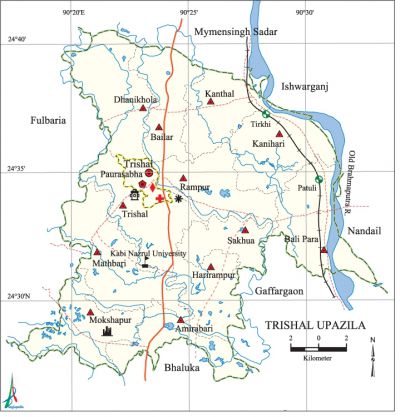 Archaeological heritage and relics Jami Mosque at Darirampur (Mughal period), archaeological relics like a well, boundary wall and a bridge of the Rajbari at village Sankibhanga in Mokshapur union.