Zafar Khan Ghazi Mosque and Dargah situated at Tribeni in hughli district, West Bengal, India, are considered to be among the earliest surviving Muslim monuments in Bengal. According to an inscription, the mosque is dated 698 AH/1298 AD. Tribeni (junction of three rivers viz, the Ganga, the Jamuna and the Sarasvati - hence the name) was an ancient holy place of the Hindus. The Muslims conquered it during the early phase of their conquest of Bengal. 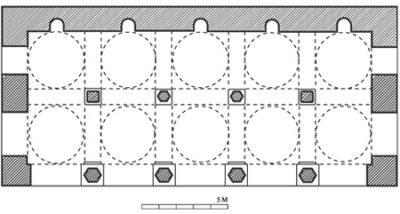