Administration Sarishabari Thana was formed in 1960 and it was turned into an upazila in 1983. 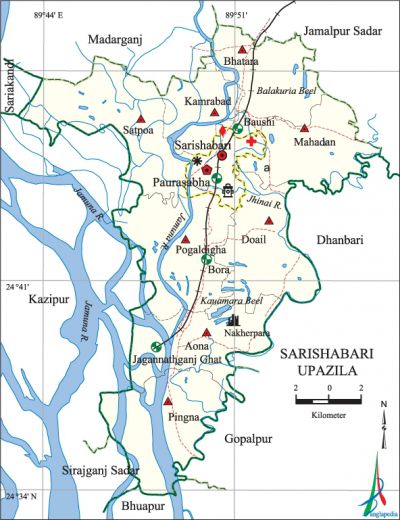 History of the War of Liberation In 1971 the Pak army in collaboration with their local agents conducted mass killing, plundering and torturing; they also set many houses of the upazila on fire.