Ali, M Osman (1900-1971) politician, businessman and social worker. He was born on 1 January 1900 at village Jamalkandi in Daudkandi upazila of Comilla district. His father was Haji Dengu Prodhan. Osman Ali had his primary education at his village school. He passed Matriculation examination in 1920. Thereafter he took admission in Calcutta Islamia College. 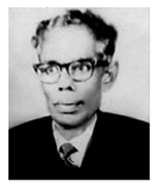 Osman Ali got himself involved in politics in his student life. He boycotted the college and participated in the khilafat movement in 1920 and later in non-cooperation movement. There he came in contact with Huseyn Shaheed Suhrawardy and was influenced by his political ideology. During the Non-cooperation Movement Osman Ali came to Narayanganj and started trading in jute along with his political activities. During this time he came in contact with the communist leader Benudhar, revolutionary leader Anil Mukherjee and Gnan Chakravarty.

In the 1930s, the Hindus and Marwaris were dominating in the field of education, culture, trade and commerce in Narayanganj. During this time a number of agencies and broker houses cropped up in Narayanganj. Most of these business organisations belonged to the Eurapeans and Marwaris from West India. Osman Ali opened broker house of his own and within a short time his business flourished.

With the beginning of Pakistan Movement based on Lahore Resolution Osman Ali organised the movement in Narayanganj and tried to maintain communal harmony with the cooperation of the leftist and other local leaders.

In the general election of 1946 M Osman Ali was elected a member of Bengal Provincial Assembly by defeating KHWAJA HABIBULLAH, the Nawab of Dhaka. He was then the president of Narayanganj City Muslim League and vice president of Dhaka District Muslim League. He had been the president of Narayanganj City Muslim League from 1942 to 1947. He had vital role in pacifying the communal tension between the Hindus and Muslims in Narayanganj in 1946 on the occasion of the Hindu festival of Jhulan Jatra. After the partition of India in 1947 controversies arose in Dhaka district unit of Muslim League between the Nawabs of Dhaka and the progressive group. In this conflict Osman Ali supported the progressive group and gave public reception to Huseyn Shaheed Suhrawardy in Narayanganj. Osman Ali was the founding member of Awami Muslim League, the first opposition party in Pakistan floated on 23 June 1949. He played a vital role in the Language Movement of 1952 and was imprisoned for taking part in the movement. Osman Ali actively participated in constitutional movement of 1962, Six-point Movement and Mass Upsurge of 1969.

In 1938, Osman Ali established Osmania High School, a primary school, and a mosque at his native village. Besides, he had contribution towards the establishment of Tanjeem Musafir Khana, Rahmatullah Auditorium and public library in Narayanganj. In recognition of his philanthropic activities the British Government conferred upon him the title of 'Khan Sahib'. But he disowned this title in 1944 in protest to repressive policy of the British government. He died on 19 March 1971. [Md. Mukbil Hossain]